COVID-19: Our commitment to your health. Read more

Home Travel Blog Tips for your trip to Frankfurt 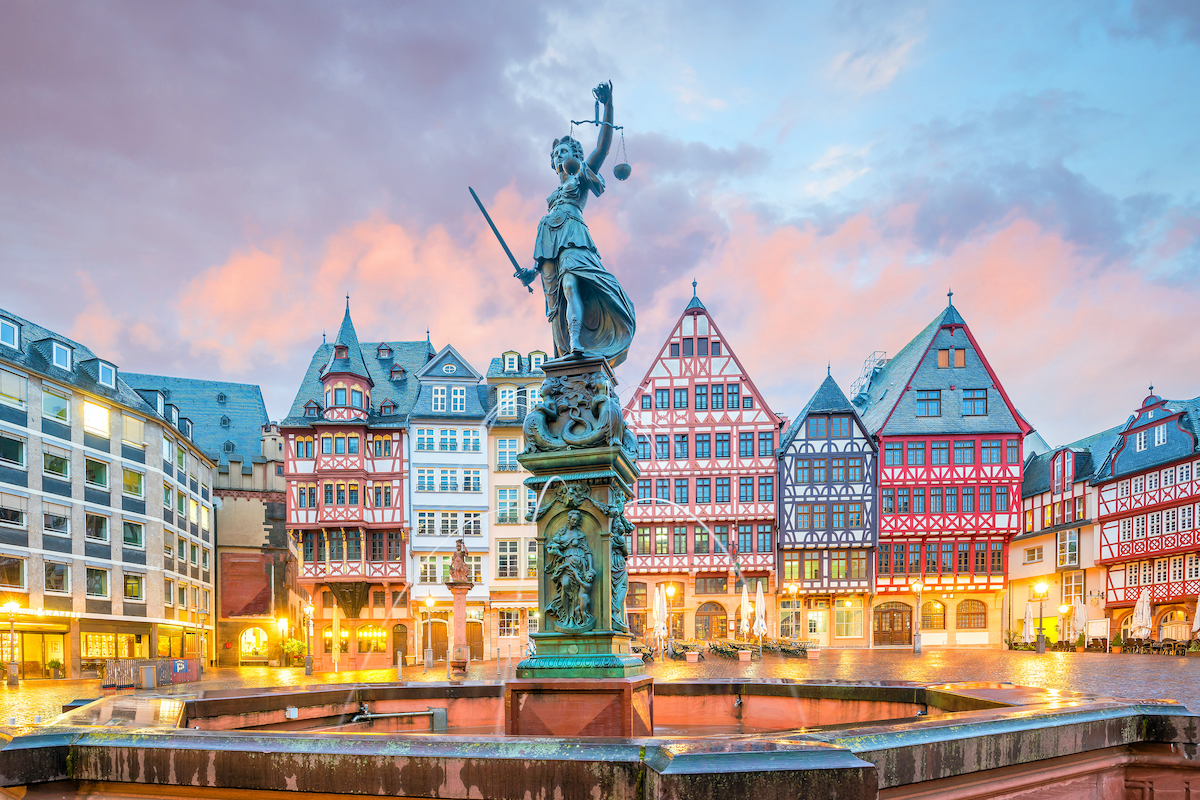 Frankfurt am Main, is one of the most important cities of Germany. The fifth as for the number of inhabitants, it is the core of German – and European – economy. Frankfurt is not just money, industry and business, though. It keeps a historical soul telling a tale of beauty, from Middle Ages on. You must discover Frankfurt as a new touristic place, and very original too.

When to go to Frankfurt

Frankfurt is too cold in the winter, and it can be even hot in the summer. The best time is in spring or autumn. This is why all local festivals, events, concerts are organized from March to May or from September to December. Visit Frankfurt in these seasons and you will admire a lovely city, interesting events, having a nice weather too.

How to get there

Frankfurt is an international city. It has the busiest railway station in Germany and an  intercontinental airport as big as a city. It is connected to the center by bus (line 61), taxi or subway Line S. Easy to find a rental car or a car with driver for immediate transfer services.

How to move in Frankfurt

The subway (lines S and U) is one of the most used means of transportation to move around the perimeter of the big city. But the locals also love to use bicycles, which can be rented anywhere. Tourists prefer buses or taxis, also because the subway is quite expensive.

All around the large Roemerberg square, the historic heart of the city, you can admire ancient and beautiful monuments. The Carolingian imperial cathedral, the church of St Paul, the house of Goethe, the City Hall are just some of the jewels of this city. In addition: the Opera House, museums and the University building. Do not miss the New Old Town, an architectural masterpiece that faithfully reproduces the old historic center destroyed during the Second World War. The financial and modern center of Frankfurt is also very interesting, a forest of glittering skyscrapers that make the city a beacon of modernity in Europe.

The most dynamic city in Italy, the economic capital and the kingdom of fashion, Milan is the chic holiday you were missing. Maybe it won’t have the southern sun, or the many historical ruins of Rome, but no one can dispute its elegant charm. In Milan you can see anyone, be anyone, freely. Milan is […]

Frankfurt am Main, is one of the most important cities of Germany. The fifth as for the number of inhabitants, it is the core of German – and European – economy. Frankfurt is not just money, industry and business, though. It keeps a historical soul telling a tale of beauty, from Middle Ages on. You […]