Home Travel Blog Tips for your trip to Istanbul 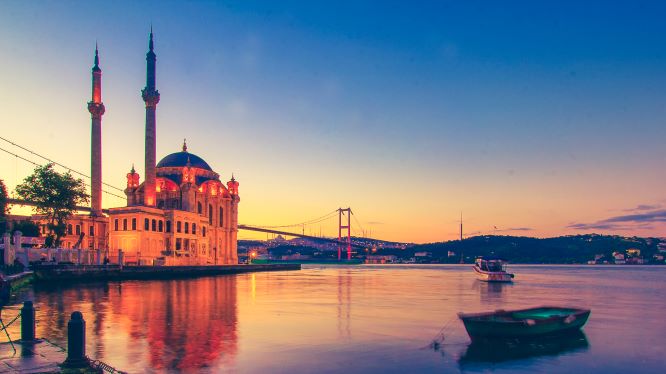 Istanbul is not the capital city of Turkey but it certainly is the most important one. The international face of the nation, the “gate” for those who land for the first time here. The old Byzantium that made the history after the Romans, the city of beautiful churches and mosques, the warden of the Strait of Bosphorus … a place to live and to love. If you have the chance, come and stay in Istanbul for a few days. You will meet the modern part of Turkey which has never forgotten its ancient roots anyway.  Well connected to both Asia and Europe – plus a special connection to Africa, too – Istanbul is one of the best places in the world for your holiday.

When to go to Istanbul

The best time in year to visit Istanbul is spring or autumn. Summer is lively and very touristic but can also be quite hot and with a high level of humidity. Winters are cold, sometimes freezing winds blow from north-east.

How to get to Istanbul

It is Istanbul International Airport, set in the Arnavutkoy Province not far from the main city. One of the largest airports in the world, this structure is well connected – by train, bus, taxi, private transfer – to the central part of Istanbul. You can easily get to Istanbul also by train, thanks to the railway lines that connect the city to Asia and Europe.

Two big stations – Haidarpasha and Sirkechi – plus other small ones make it very easy to arrive here. Many important roads and motorway meet in Istanbul. And of course, you can arrive here by ship thanks to its famous port.

In Istanbul there is an efficient and fast service of public means of transport. Both tramways and local trains help the bus lines to connect the different parts of the urban area. Istanbul’s undergroung is home to two fast trains: the cable trains (the Tuenel) and the new subway. The cable lines are one of the oldest examples of subway, active since 1875; the new subway is very modern and still to be completed.

There are two main symbols of Istanbul, known all over the world: St Sophia and the Bridges. St Sophia used to be a very large mosque, then turned into a christian church and then into a famous museum. Recently the government announced it will become a muslim mosque again. The Bridges over the Bosphorus are three, but one – looking very much like St Francisco bridge – is the most beautiful.

In Istanbul you will also admire elegant and old mosques (Blue Mosque, Domlabahnce Mosque, Ortaloy, Shakir, New Mosque). Not to be missed, of course, the magnificent Topkapi Palace, the medieval towers (Galatha tower , Leander tower – also known as Kiz Kulesi, “tower of the girl” – this one standing at the end of the main harbour). Visit the many interesting museums, St George Church and Holy Spirit Catholic Cathedral.

Tips for your trip to Dublin

The capital of Ireland, the capital of beer. This is Dublin for most tourists in the world. Especially young people love this city very much and make it their favourite holiday place, every year more. A different capital, it is quiet as a country town, elegant as a royal city, joyful – especially at night […]

Tips for your trip to Naples

An ancient motto said “see Naples and then die”. Because living a life without never ever knowing this incredible city would not be fair. Naples is extreme. Either you love it or hate it, there is no middle ground. If you love it, though, it will be for a lifetime. A city of a thousand […]

Tips for your trip to Alghero

Alghero is not just another lovely Italian holiday. It is a trip to a different world. Different in language – they speak a Catalan Spanish dialect here – different in colours and culture. Not far from Sassari, the town dominates the north-western coast of Sardinia, one of the most charming places in Europe. It is […]

Tips for your trip to Verona

Verona is not just a beautiful city, the heart of the eternal love story of Romeo and Juliet. It is also the gateway to one of the most beautiful Italian regions. The Veronese hinterland ranges from the great lake Garda to the Alps, a peaceful province crossed by rivers and rich in monuments. Coming on […]